When the results of their 2012 survey into the size of the industry were finalised in early 2014, we helped Live Performance Australia produce online versions of the report.

The were three key aims for the report: 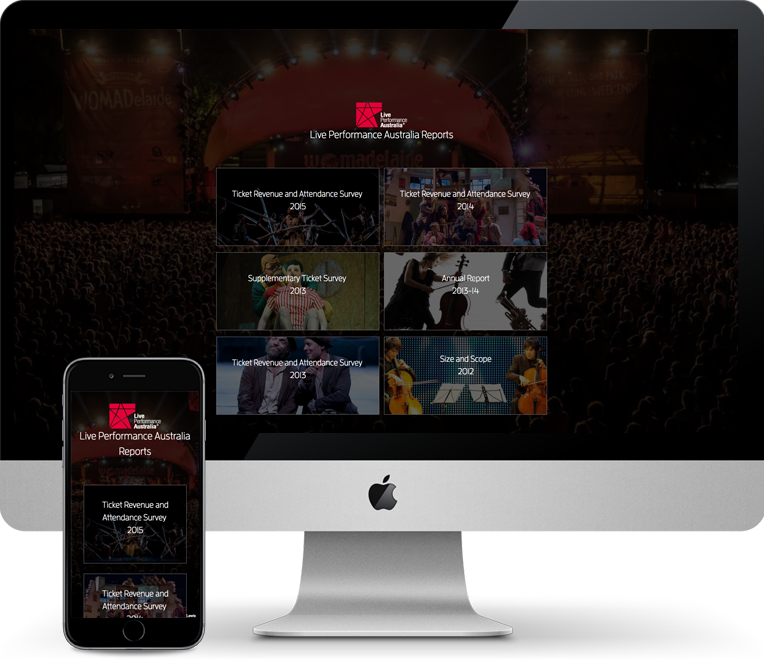 We worked with LPA to pick key figures and statistics from the full dataset collected and analysed by EY.

From there we designed interactive charts, graphs and infographic elements to display the information in a readable and engaging format. Each of these elements would link to the table of source data.

We developed a custom HTML, CSS and Javascript front-end framework to make putting the reports together more efficient and consistent and sourced photos of live performance productions by LPA members to use throughout the report. 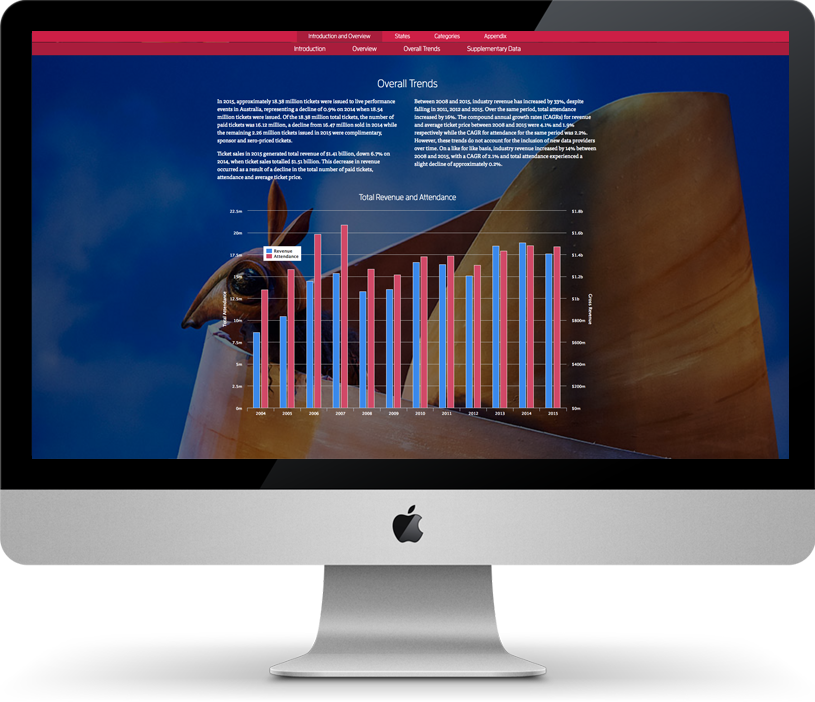 The 2012 Size and Scope Report went live in April 2014, and following its success we helped LPA produce two more reports in a similar style over the next few months.

The 2013 Ticket Revenue and Attendance Survey was published online in August with an improved interface built on top the Size and Scope framework.

In order to handle the much larger and more complex Ticket Survey dataset, we developed a simple Laravel framework to parse a database and integrate into the front-end templates.

In October, LPA published their 2013-14 Annual Report online, distributed to their members by email in advance of the printed version.

Digital Bridge designs, develops and manages powerful websites and web-based applications for Australian businesses. We are based in Smith St Fitzroy, Melbourne. 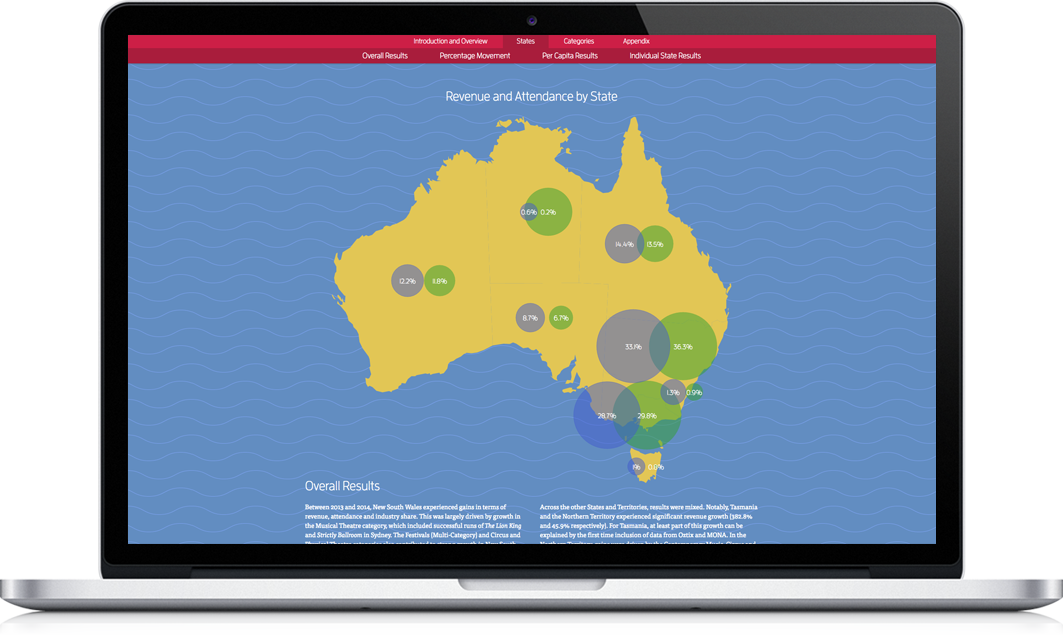 We'd love to hear about your business, where you want to be and how we can help get you there.